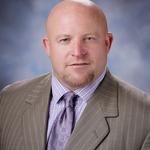 Fresno Criminal Defense | Fresno DUI Attorney Jonathan Rooker has reached a level of education beyond what most attorneys will ever achieve.

Masters of Science Degree in Forensic Toxicology University of Florida

American Chemical Society Chemistry and Law Division Lawyer-Scientist (6th attorney to earn this designation in the State of California.

Member of the California State Bar